21 Feb Can Your Patent Be Invalidated Without a Trial?

Posted at 21:42h in Insights, Uncategorized by Andrea Hill

Patent owners should be keeping a close eye on a case that may come before the Federal Circuit Court of Appeals that could potentially block challenges to patent validity outside of the courtroom. Cascades Projection v. Epson and Sony[ref]Appeal No. 17-1517 (Fed. Cir. 2017)[/ref] asks the court to decide whether the rights granted by a patent are public or private and, in turn, if those rights are capable of being revoked without access to a jury trial. 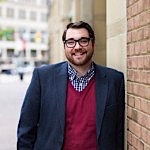 Since the implementation of the America Invents Act, patent rights have been revocable upon a challenge brought before the Patent Trial and Appeals Board (PTAB). Last week, the owner of a patent invalidated through such a review by the PTAB petitioned the Federal Circuit, imploring them to review the constitutional authority of the PTAB to invalidate granted patent rights. The petitioner, whose patent involved LCD technology, asserts that patents are private rights that may be revoked only through action in courts granted such authority by the Constitution. The Petition further argues that private rights, as opposed to public rights, cannot be revoked by executive agencies such as the PTAB; they must be defeated in a trial court.

The question of whether a patent right constitutes a public or private right has been before the Federal Circuit before. In fact, in 2015 the Federal Circuit determined that patent rights are public rights because they may only be granted by the government[ref]See  MCM Portfolio v. Hewlett-Packard, No. 2015-1091 (Fed. Cir. Dec. 2, 2015)[/ref]. Cascades specifically urges the Federal Circuit to overturn this ruling, arguing that an obscure Supreme Court case from the 1890’s holding that the USPTO does not have the authority to invalidate patents on the grounds that they are the agency responsible for granting them, is controlling[ref]See McCormick Harvesting Mach. Co. v. Aultman-Miller Co., 169 U.S. 606 (1898)[/ref]. Accordingly, it is the position of the petitioner that an administrative agency does not have authority to revoke patent rights, and that such authority rests solely with the courts. Cascades also argues that the “ballooning” docket of cases that the PTAB must review is evidence that the courts are the more appropriate venue to decide matters of patent validity.

Ultimately, the settled law is stacked against Cascades. However, patent owners would be wise to monitor the progression of the case as it has the potential to upend a core function of the PTAB and limit potential challenges to granted patents.

Brad is an attorney with Fay Sharpe LLP. If you have questions about the subject matter of this article or IP law in general, you may reach Brad at bpulfer@faysharpe.com or 216.363.9185.