Have you sought an opinion recently?

16 Aug Have you sought an opinion recently?

Posted at 19:02h in Insights, Uncategorized by Andrea Hill

By Theresa A. Rakocy 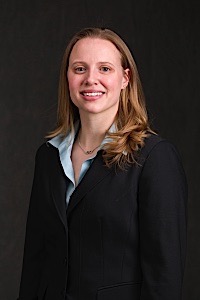 In today’s business world, with increased competition and businesses facing unpredictability because of non-practicing entities, it is important for a business to minimize risk to itself and address uncertain outcomes by seeking a legal opinion. After investing time and money on new products, businesses seek to potentially leverage the marketability of a new product by pursuing potential protection. On the other hand, being unable to produce or sell the product due to infringement concerns, or worse, being sued over a product is not something any company wants to face.

• Do you have a new product and want to know whether you can obtain a patent to protect it?

• Are you concerned that the new product might infringe an existing patent?

• Do you have questions about the validity of existing patents that could impact your business?

Non-Infringement Opinion
Unlike patentability opinions and freedom to operate opinions which look at all prior art and existing patents, a non-infringement opinion looks at only specific patents, i.e. active patents in the country or countries of concern. A non-infringement opinion reviews a single patent or a group of patents that are of potential concern and determines whether the business’ product more likely than not infringes on any of those patents. This type of opinion can and should be sought at any time during development and lifetime of a product and during possible acquisitions and mergers to determine if any incoming intellectual property might infringe. It might also arise in the context of an allegation of infringement raised by a patent owner/competitor. As with a freedom to operate opinion, a non-infringement opinion will evaluate the claims of the active patent(s) in question to determine their meaning and breadth, and then provide an assessment whether the business’ product is likely to infringe the patent in question, literally or under the Doctrine of Equivalents. A non-infringement opinion can go a long way in helping a business determine if it should proceed without changes, redesign, seek a license, evaluate the validity of the patent in question, or suspend making a particular product.

Validity Opinion
Lastly, a validity opinion can determine whether the identified patent is valid and/or enforceable. The intent of a validity opinion is slightly different than the previous opinions discussed. A validity opinion may be sought when an existing patent might be infringed by the business’ product, or to assess the strength of a patent (either owned by the business or another) for example, in the context of litigation. The intent of a validity opinion is to determine if the patent claims can withstand a re-evaluation of an issued patent in light of prior art that typically was not previously considered by an Examiner during the patenting process. In addition, or alternatively, the validity opinion may investigate prior uses or offers for sale of the invention by the patentee or a third party. In a validity opinion, prior art will again be searched in an effort to determine all relevant art. Each claim will be interpreted for its meaning and breadth and then compared to the prior art. If all limitations of the claim(s) are fairly shown or would have been obvious this may allow the business to continue with making and selling its product. If some or all of the claims are found to be invalid, the business can proceed with making or selling its product without having to redesign. Additionally, should a business find itself facing a lawsuit over infringement, a validity opinion is also effective in showing that the patent at the heart of the case is invalid and therefore, ending the case.

The four types of patent opinions discussed each serve different purposes and are of different value to businesses at different times. Securing an opinion early in a product development can assist in determining how a product development should proceed and also saving the company money in the long run. While many companies find that the costs associated with requesting an opinion are high, the costs of not having one and then facing legal action are higher.

Theresa is an attorney with Fay Sharpe LLP. If you have questions about the contents of this article or IP law, you may reach Theresa at trakocy@faysharpe.com or 216.363.9207.