21 Mar Laches: Not a Defense to Patent Infringement in the U.S.

Posted at 20:01h in Insights, Uncategorized by Andrea Hill 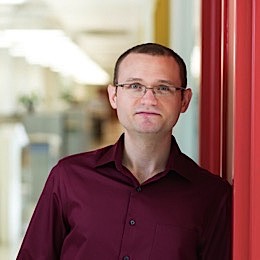 Supreme Court issued a 7-1 decision in SCA Hygiene Products Aktiebolag v. First Quality Baby Products, LLC.  Justice Alito delivered the opinion of the Court and Justice Breyer dissented.  The Court decided laches cannot be a defense against damages where the patent infringement occurred within a time period set by Congress.

Laches is an equitable doctrine under which a court may deny relief to a claimant who made a claim after an unreasonably long delay.  Judges evaluate the defense of laches on a case-by-case basis where it is available.  A key rationale for the doctrine of laches are fairness to a defendant since evidence needed to mount a defense may be destroyed over time.  For example, witnesses may lose memories or documents may be lost.  A statute of limitations serves a similar function but is set by the legislature (Congress at the federal level).  A statute of limitations sets a hard and fast rule and is, therefore, easier to apply compared to the case-by-case determination required in the analysis of a laches defense.

Congress set a statutory time limitation on damages in the Patent Act of 1952.  The statute specifies “except as otherwise provided by law, no recovery shall be had for any infringement committed more than six years prior to the filing of the complaint or counterclaim …”.  35 U.S.C. §286.  The Court inferred “that this provision represents a judgment by Congress that a patentee may recover damages for any infringement committed within six years of the filing of the claim.”  The Court’s reasoning relies heavily on the separation of powers: Congress enacted a law and the Court “cannot overrule Congress’s judgment based on [the Court’s] own policy views”.  In particular, “applying laches within a limitations period specified by Congress would give judges a “legislation-overriding” role that is beyond the Judiciary’s power.”

The Court’s decision was not a major surprise because the Court reached a 6-3 decision precluding a laches defense in Petrella v. Metro-Goldwyn-Mayer, Inc., a copyright case involving similar principles.  Justice Breyer filed a dissenting opinion in Petrella so his dissent in SCA Hygiene was not unexpected.  Justice Breyer’s dissent is based primarily on public policy arguments, an interpretation of “except as otherwise provided by law” in the Patent Act statute as including laches, and earlier circuit court case law.

The Court’s decision may have limited practical effects for multiple reasons.  First, courts have rarely accepted the defense of laches in patent infringement cases.  Second, the Court expressly indicated that equitable estoppel is still a defense to patent infringement and provides protection against some of the public policy concerns raised by Justice Breyer and others.  Equitable estoppel is a defensive doctrine which prevents a first party from taking unfair advantage of a second party by inducing the second party to commit patent infringement through false/misleading statements or actions.  In fact, First Quality (the alleged infringer) will still have an opportunity to assert an equitable estoppel defense and other defenses (e.g., invalidity, non-infringement, etc.).  On this point, please note that the Court’s decision in SCA Hygiene only reversed a grant of summary judgment.

Mark is an attorney with Fay Sharpe LLP. If you have questions about the subject matter of this article or IP law in general, you may reach Mark at mklinko@faysharpe.com or 216.363.9125.