Posted at 16:22h in Uncategorized by Beth Werner 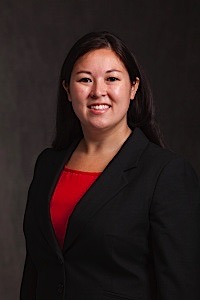 In a sharply divided opinion issued on Dec. 22, 2015, the U.S. Court of Appeals for the Federal Circuit redefined the Lanham Act. Enacted in 1946, the Lanham Act provides a national system for registering and protecting trademarks used in commerce. However, 70 years later, the Federal Circuit has deemed it necessary to give the statute a facelift, rendering a signification portion of the act’s Section 2(a) unconstitutional.

Section 2(a) includes a bar on the registration of a mark that “[c]onsists of or comprises immoral, deceptive, or scandalous matter; or matter which may disparage or falsely suggest a connection with persons, living or dead, institutions, beliefs, or national symbols, or bring them into contempt or disrepute.”

Over the past seven decades, the U.S. Patent and Trademark Office (USPTO) has used the subjective language “may disparage” to reject any trademark application that an examiner finds disparaging to a “substantial composite” of the referenced group. Unfortunately, this subjective language has led to inconsistent rejections and approvals, as a disparagement rejection need only be made by a single examiner.

In the instant case, Simon Shiao Tam, front man for an Asian-American dance-rock band known as The Slants, filed an application on Nov. 4, 2011 for the mark THE SLANTS. The examiner refused registration, finding it likely that “slants” would be disparaging to people of Asian descent. The Trademark Trial and Appeal Board (TTAB) affirmed the examiner’s refusal, as did an earlier panel of the Federal Circuit.

Upon rehearing, the Federal Circuit vacated its last opinion and found that refusing registration of a “disparaging mark” was unconstitutional. Namely, the disparagement provision of Section 2(a) is unconstitutional under the First Amendment, as it effectively allows the USPTO to restrict private speech — the most protected form of speech. By subjectively discriminating trademark registration based on the expressive nature of the trademark, the USPTO was not applying the regulation equally to all applications. For example, an application for HAVE YOU HEARD SATAN IS A REPUBLICAN was rejected as disparaging to Republicans, while an application for THE DEVIL IS A DEMOCRAT was allowed.

Writing for the majority, Judge Moore wrote that trademarks are considered private speech, as they contain an additional expressive element not present in strictly commercial speech. As Section 2(a) targeted a subjectively “disparaging” expressive message to a certain group, the provision was subject to a strict scrutiny standard that it ultimately failed to meet. Further, the Federal Circuit opined that even if trademarks were considered commercial speech, the regulation failed to meet a standard of intermediate scrutiny.

So what comes next?

Currently, the Federal Circuit is waiting to hear an appeal from another TTAB decision, In re Brunetti, in which a mark was rejected due to its “vulgar” nature. Given the reasoning and decision set forth in In re Tam, it is likely that the Federal Circuit will also find the scandalous/immoral provisions of Section 2(a) unconstitutional, thereby calling into question the entire section.

Also set to happen soon is the appeal in Blackhorse v. Pro-Football, Inc., which made headlines as the case following the TTAB’s decision to cancel all the Washington Redskins’ trademarks. Given the decision of In re Tam and the similar fact pattern in Blackhorse, it is possible that the Fourth Circuit will defer to the Federal Circuit’s decision, reverse the trial court’s decision and find the Redskins’ marks registrable.

Essentially, the Federal Circuit has set up an issue prime for Supreme Court review, likely leading to an increase in trademark applications that may be seen as “disparaging.” Congress enacted the Lanham Act for two purposes: 1) to protect the public so it may be confident that, in purchasing a product bearing a particular trademark, which it favorably knows, it will get the product which it asks for and wants to get; and 2) to ensure that a markholder can protect “his investment from … misappropriation by pirates and cheats.”

As such, neither purpose was to protect people from “disparaging” or “scandalous” marks. At its core, the Lanham Act is concerned with commerce, not with a group’s sensitivities. However, it’s going to take Supreme Court review to finally bring about national trademark uniformity, requiring the USPTO to turn a blind eye to anything “disparaging” and (to be determined) “immoral/scandalous.”

Update March 7, 2016: In light of In re Tam, the USPTO has reportedly advised examiners to suspend trademark applications that are potentially offensive until the Supreme Court’s expected review of the case.