Posted at 21:49h in Insights, Uncategorized by Andrea Hill

By Theresa A. Rakocy & Rachel A. Smoot 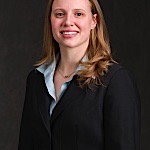 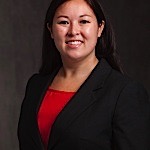 In May 2014, Michael Skidmore, the trustee for the Randy Craig Wolfe Trust filed suit against Led Zeppelin and Warner Music Group Corporation, alleging copyright infringement (among other charges) of “Stairway to Heaven.” Randy Craig Wolfe, also known as a Randy California, was a member of the musical group Spirit, which existed and toured on occasion with Led Zeppelin. One of Spirit’s songs, “Taurus,” contained a guitar arpeggio, which Skidmore claimed Led Zeppelin incorporated into “Stairway to Heaven” without permission.

Direct copyright infringement occurs when a person without authorization reproduces, distributes, displays, or performs a copyrighted work, or prepares a derivative work based on a copyrighted work. As direct evidence of copying is often not available, a plaintiff can prove infringement by showing that the accused 1) had access to the work allegedly copied, and 2) there is a substantial similarity between the infringed work and the allegedly infringing work.

Throughout court proceedings and trial, Led Zeppelin and Skidmore argued over the facts, including whether the trust had a valid copyright to “Taurus,” whether Led Zeppelin had access to “Taurus,” and whether “Stairway to Heaven” was substantially similar to “Taurus.”

Presenting evidence in a chain of events between Spirit’s “Taurus” and Led Zeppelin’s access to “Taurus” is a form of circumstantial evidence. The Court found that the facts presented in this case conclusively showed that Spirit and Led Zeppelin performed at the same music festival on the same day three times between 1968 and the release of “Stairway to Heaven” in 1971. Further, evidence showed that at least two of these concerts, Spirit and Led Zeppelin played in succession. While Led Zeppelin argued that it never shared a stage with Spirit and therefore that it could not possibly have heard “Taurus” and copied it while on tour, Skidmore provided evidence that in fact Led Zeppelin and Spirit had met in person during these concerts and that Led Zeppelin had admitted to performing a similar bass riff to another song that appeared on the same album as “Taurus.”

In addition to showing access, Skidmore was also required to show substantial similarity between “Taurus” and “Stairway to Heaven.” In the Ninth Circuit, where the trial court is located, the substantial similarity test has an extrinsic test and an intrinsic test. The extrinsic test is objective and requires the plaintiff to identify specific criteria which it alleges have been copied. The intrinsic test is an examination of an ordinary person’s subjective impression of the similarities between the two works and is determined exclusively by the jury.

The jury was instructed to determine no more than ten questions and essentially was required to follow a decision chart: if it answered yes to a question, it would proceed to the next question, and if it answered no, then the inquiry would conclude. Despite finding that the trust was the owner of a valid copyright to “Taurus” and that two members of Led Zeppelin had access to “Taurus,” “Stairway to Heaven” was not extrinsically substantially similar to “Taurus.” By finding that “Stairway to Heaven” was not substantially similar to “Taurus,” the jury’s inquiry stopped. Therefore, the jury never reached the remaining questions, instead stopping at the question of whether Led Zeppelin directly infringed Spirit’s “Taurus.” Even though the songs share similarities and Led Zeppelin had access to the song, the jury found that “Stairway to Heaven” was not copied from “Taurus.”

While this case was not particularly groundbreaking, there are several key takeaways that should be reiterated for copyright holders. Namely, a copyright holder should take note:

– it is alright to pay homage to another artist or work but be mindful not to directly copy an element or the entirety of another work;

– although a copyright holder may believe a work is infringement, it may not be in the holder’s hands to make such a decision, and those that make the decisions can make subjective determinations;

– avoid waiving or abandoning a copyrighted work by recognizing that someone is using the work without the holder’s permission or intervention: by simply identifying a work and expressing ambivalence as to another person’s use of the work, one can lose a copyright;

– do not delay in bringing an infringement suit unless the holder is seeking some sort of possible equitable relief, such as destruction of the infringer’s work;

– mistakes and omissions on copyright registration material do not invalidate a copyright unless the infringer has relied on that material to her detriment or unless the holder has intentionally omitted material or submitted fraudulent material;

– even copyrighted works may be rebutted, as a certificate of registration is not a guarantee that the work is free and clear; and

– contracts to create works for hire and compliance with statutory copyright requirements (e.g., timely payments of maintenance fees and by whom) can call ownership into question.