Posted at 16:52h in Uncategorized by Beth Werner 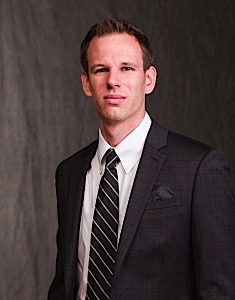 It’s just happened for you. That moment of inspiration. You’ve just come up with a brilliant idea, and now you want to get patent protection for it.

Current U.S. patent law allows you to file a provisional (aka “temporary”) application with the U.S. Patent Office that describes the basics of your invention. You then have one year from that filing date to refine the idea and file a full patent application while claiming the priority date of the provisional application. Provisional applications work similarly to line stamps at an amusement park. You get a stamp to stand in line for a ride at a certain time (such as noon), then at your stamped time, you get to cut in front of everyone in line with a time stamp that is later than yours. Similarly, your provisional patent application allows you to cut in front of your competitors who have developed similar inventions.

Now, after the passage of the America Invents Act in 2013, the Patent Office operates under a “first to file” system — that is, whoever files a patent application with the patent office first gets priority over others. The reasoning is that if you want a patent for your invention, you’d better act on it quickly. In other words, you snooze, you lose.

Sometimes, the pictures in your provisional application make all the difference. For example, if you were the guy in the movie Office Space who invented the “Jump to Conclusions” mat, you may want to file a provisional application for your mat that includes a picture of the mat and a short written description. However, in your quest to win the race to the patent office, you may forget to mention in your write-up that the mat has different conclusions written on it that you could jump to. But because the picture shows that your mat has different written conclusions, your full application would be supported when filed the next year for mats with different written conclusions.

To summarize, the quickest, most effective way to win the race to the patent office, while full describing your invention, is to file a provisional application for your invention that includes a few pictures (or a circuit diagram, or a flow chart) and a short write-up. This way, your invention is fully described, and you can get priority over your competitors for the invention.

But don’t try to invent the “Jump to Conclusions” mat. That’s already been done.

Ryan S. Jones is an attorney with Fay Sharpe LLP. If you have questions about patents and patent law, reach him at ryan.jones@faysharpe.com or (216) 363-9190.